In the summer of 1967, Darrel Ryland enrolled in LSUA as the only student from his graduating class at Lafargue High School in Effie, Louisiana, to attend LSUA. Ryland remembers, “My first experience was a totally life-changing experience for me because I realized early on I had some shortcomings from my academic background. At LSUA, I learned how to study and build a foundation for the rest of my academic career.” 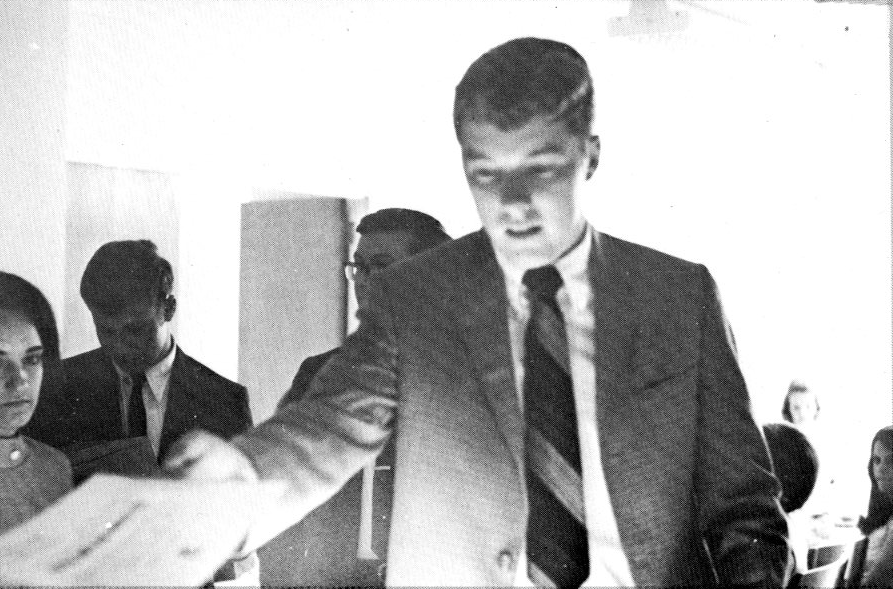 Ryland enrolled full-time in the fall of 1967 and immediately got involved in campus life. He joined the Student Government Association and was elected freshmen class president. The next year, he served as sophomore class president. As a student leader on campus, Ryland notes he was nurtured and mentored by some of LSUA’s founding fathers, Col. W.R. Middleton and Dean Morris Abrams. Of this relationship, Ryland says, “they told me early on that if I was going to be a student leader, I had to make good grades. I needed to set an example.” He credits this encouragement with his decision to “roll up my sleeves and go to work.” Ryland speaks fondly of Col. Middleton’s nearly daily inquiries about his grades. He posits that the personal attention paid to him by the school’s leaders and his speech professor was unmatched in his time at a larger university. Ryland credits his determination to make something of himself to the care, concern, and encouragement of LSUA’s faculty and staff.

Ryland completed his studies at LSUA in 1969, transferred to LSU to finish his undergraduate degree, and ultimately completed law school at LSU in 1974. He recalls, “When I graduated from law school, I had offers to work in other places, but my roots are here in Avoyelles Parish. I know the people of this parish.” Ryland started his law practice in Marksville to serve the people he grew up with. In 1978, he also entered the banking industry as an assistant attorney at Union Bank and rose to become the chairman of the bank and president of its board.

The $100,000 gift to create an endowed scholarship was initiated through conversations Ryland had with Dr. Mary Boone Treuting, Dean of LSUA’s College of Social Sciences and long-time friend. Dr. Treuting remarked, “I am really excited for the support and generosity coming from Avoyelles Parish. Students from Avoyelles make up LSUA’s second-largest population behind Rapides Parish. Establishing stronger connections to Avoyelles is great for both of us!”

The scholarship will be focused on providing funding to students from Central Louisiana who show grit and determination to improve themselves and their future, much like Ryland. He intones, “I feel like I owe LSUA something to contribute, in some small manner, to help them continue to grow…I asked them to put the focus on using this money for students with some deficits in their academic or personal backgrounds. LSUA is a great place to go. This place will actually set a rock foundation for you like it did me. Hopefully, you will experience some of the success and blessings that I have received.” 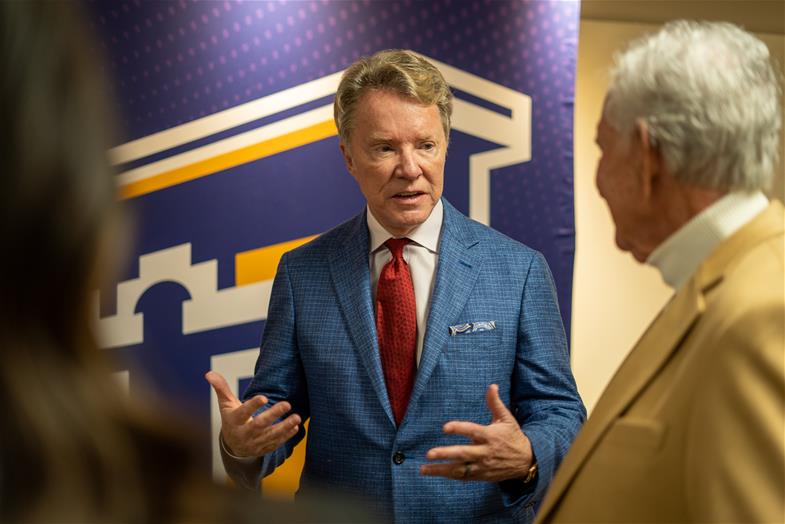 Ryland wants the scholarship to target local students because he believes that when students earn a four-year degree from LSUA, they will be more likely to stay in Central Louisiana, find a good job, and contribute to the community. When asked how he sees the gift impacting Avoyelles Parish, he says, “If we get students that have the intellectual level and the academic training to do and be what they really desire to be, then that’s a real plus for the parish. I want them to see that they can achieve what I have achieved.” Speaking directly to other business leaders in Avoyelles Parish and across Central Louisiana, Ryland implores, “I would ask you to join with me in contributing to LSUA because it’s a win-win for all of us. It’s a win for the local economy because we can bring students back that are fully educated and can contribute to our economy. Whatever you can afford to give…we have an obligation that if we have experienced success, we need to give back to our community.”

“I am heartened by the generosity of successful LSUA alumni and friends who contribute funds in support of student scholarships,” said LSUA Chancellor Paul Coreil.  “Mr. Ryland epitomizes the spirit of giving back and investing in the future of our community by helping students achieve a college degree and hopefully find a successful career right here in Central Louisiana.”

Ryland is excited about the impact his gift will have on future students at LSUA and concludes, “Why not go ahead and go to a local school, get your four-year degree, and then you are prepared for life. That’s important. I think LSUA prepares you for life. That is crucial for any type of career you might choose to go into.”